Visitors and patients visiting any MCH location for appointments or inpatient care, will need to wear face coverings to further reduce the risk of spreading COVID-19 to other patients and staff. Face coverings can be made of cloth and be reusable in line with government guidance on the use of face coverings for public transport.

More information can be found on our Covid-19 page 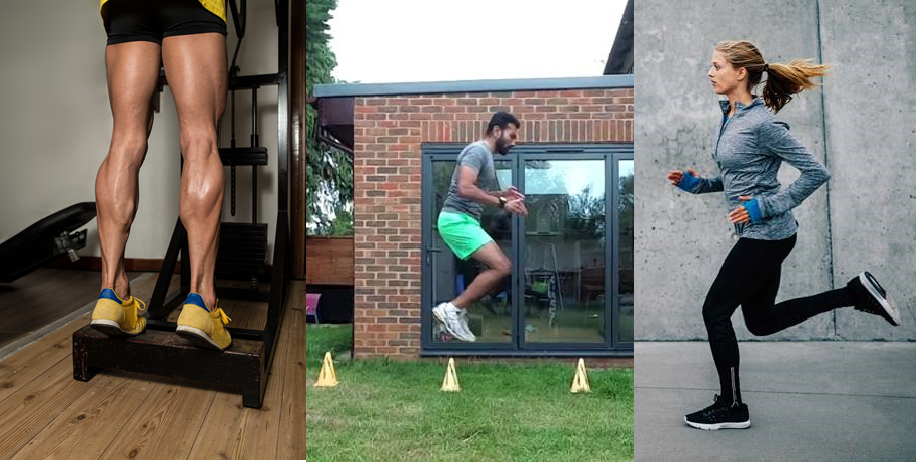 Tendon rehabilitation has been exhaustively debated in physiotherapy. From the Alfredson’s Eccentric loading program (ECC) to progressive Plyometric drills proposed by Sancho et al earlier this year ( 1 & 15). Not to forget the theoretical frameworks proposed to explain the pathophysiology 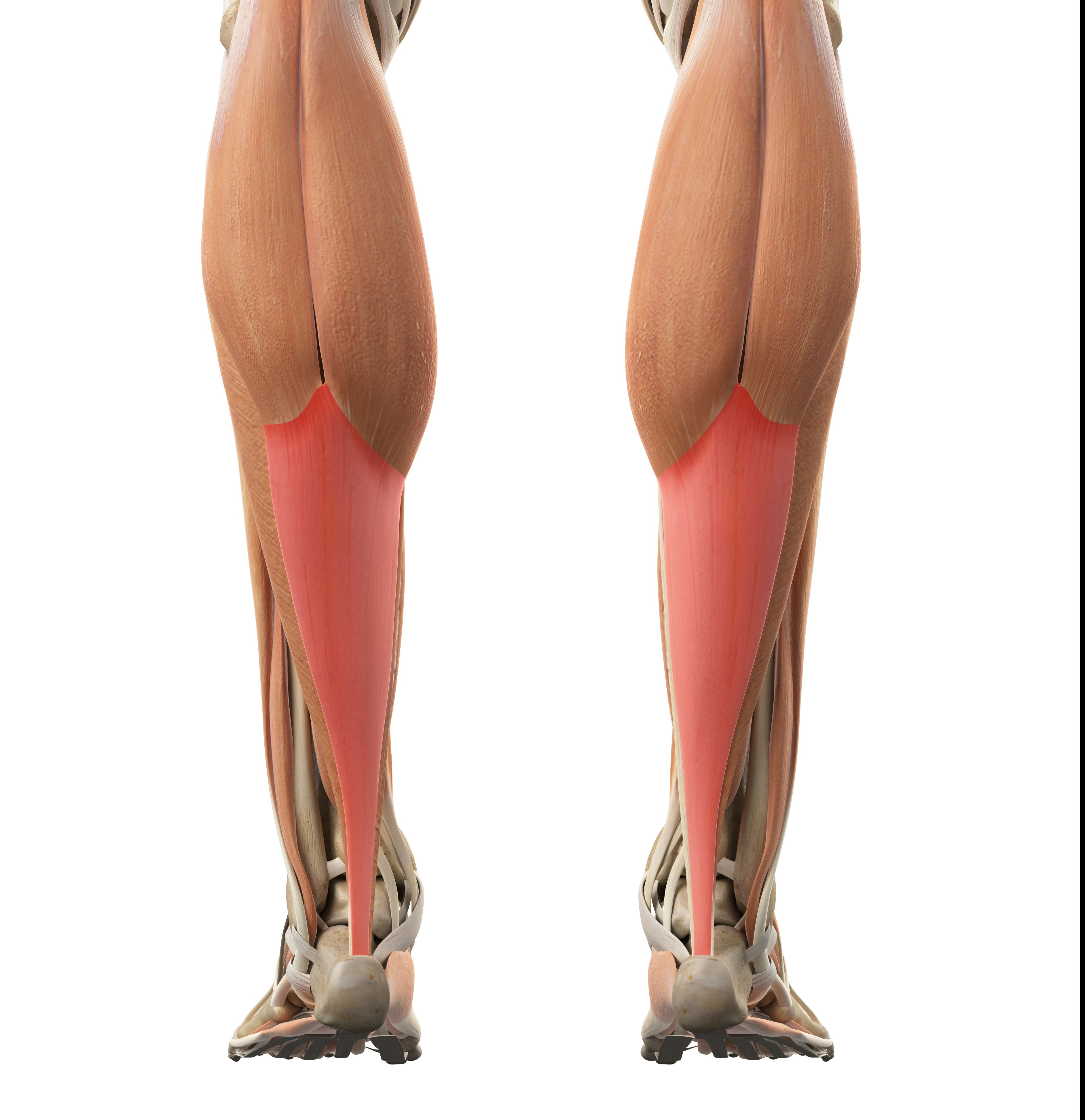 of tendinopathy. In regard to the latter, the continuum theory Proposed by Cook et al certainly has improved my understanding (3). My understanding of this theory is that a normal tendon can move to a reactive state due to overload but this is reversible (both symptomatically and structurally) and the tendon can return to a normal pain free and functional state. When it comes to a painful degenerative tendon (in a reactive state), although the structural changes may never normalise our rehabilitation can result in significant symptomatic and functional improvements. Therefore, it would seem that a linear progression from a normal to a degenerative tendon and vice versa may not exist. Clinically at least.

The purpose of this blog is to detail a progressive rehabilitation approach in treating lower limb tendinopathy in a runner with my underpinning understanding of continuum model.

What is known so far is that exercise (loading) consistently provides improvements in pain and function in people presenting with tendinopathy (1,2,4,5,14 & 15). The controversy surrounding the type of exercises that are most beneficial will rage on, well past the length of this blog but I intend to share the progressive approach that I take when rehabilitating lower limb tendinopathy in a runner.

One of the contentious topics when it comes to the management of tendinopathy is the utility of isometrics. Rio et al demonstrated the effectiveness of them in providing an analgesic effect in people with patellar tendinopathy (4).
Unfortunately, other studies have not shown similar effects and hence questioning their use in rehabilitation (6).
But, if the question is, does everyone presenting with tendinopathy need to start with isometric exercises?
Then the answer would (IMO) be no.
Lets take for example a runner presenting with Achilles tendinopathy. Should they present to you in clinic a month into a four month training plan for a marathon then 2 things need to be taken into consideration.

a) How long has the runner been experiencing pain for?
b) As they are already running and hence loading the Achilles, would isometric exercises have any real impact on his presentation?

Scenario 1 : If the pain has only come on in the last few weeks then perhaps the most important advice would be based around modifying the load (running in this context) for a period of time which will hopefully allow the reactive phase to resolve. This may literally mean reduce the running volume or omit the speed drills for a short period of time.

One may need to assess strength and strength endurance in the calf complex (both Gastroc and Soleus) and address deficits with appropriately designed HSR training and plyometrics in the long term (either after the pain has resolved or after completion of the marathon – particularly if the person intends to keep running after the marathon). We now have enough information that Soleus is a key muscle when it comes to running (8) and that deficits in this muscle exist even after Achilles tendon pain has resolved (7). Isometrics in this instance may not have a vital role to play as the person is already subjecting the Achilles to significant load through running (which requires modification to allow the reactive phase to resolve).
So in this instance, one would have to ask the question, “what would isometrics achieve in this individual?” 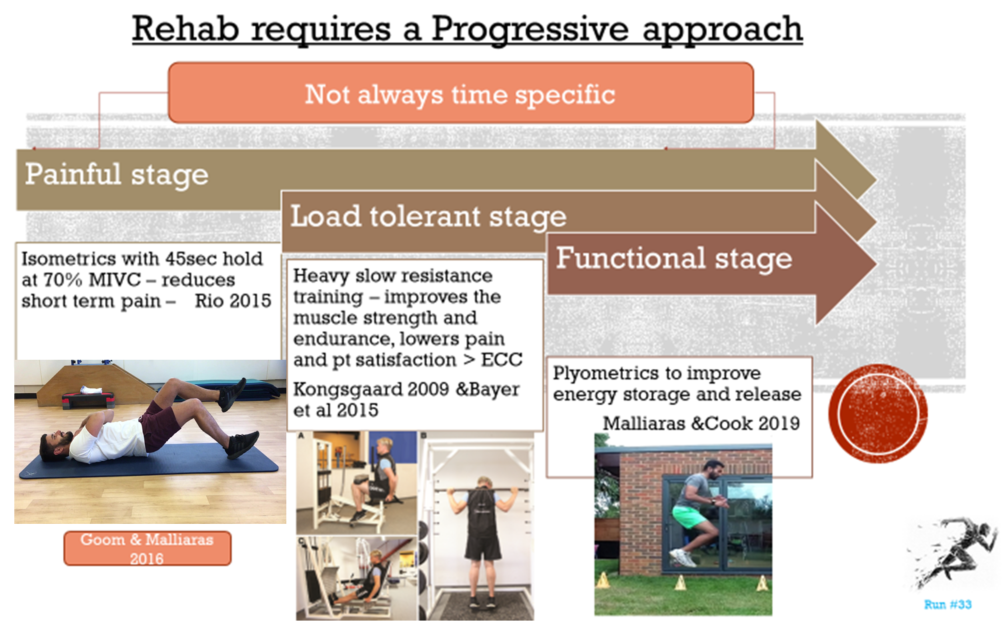 Scenario 2 :. If the runner has had to stop running as his symptoms were too severe (as is occasionally the case) and you’re considering where to start as he is unlikely to be able to tolerate HSR of ECC protocol then, you may wish to consider long hold isometrics as described by Rio et al (4). This may allow the loading process to commence and as the runner is able to tolerate these loads (based on the reported pain levels on NRS 1-10) one could then progress to heavier loads (HSR or ECC). This may not necessarily be time specific and hence it would seem that to be led by the pain NRS as a guide to deciding as to when further load can be applied would be a more logical approach. This approach has been successfully used in other studies (11 & 15). The image of the left reflects my approach.

ECC loading was initially reported to show good results when rehabilitating tendon pain (1,9 & 10). But work done over the last few years have highlighted the poorer results with up to 45% of the people not making significant progress (13). Moreover, other studies have also reported strength deficits in Soleus even after completion of an ECC program whilst other studies have shown reduced patient satisfaction when comparing experimental groups performing ECC and HSR (7 & 2).

I believe, the ECC protocol maybe beneficial to the cohort of people who present with tendon pain but perhaps do not impose higher demands on their tendon (such as the ones imposed by running). There is also the added advantage of not needing specialised gym equipment when following this protocol although one does need to set aside a significant amount of time to complete the exercises (308 mins per week when compared with 107 mins to complete HSR plan). But when treating a runner, given the greater demands that the tendons are subjected to, one has to consider heavier loads when prescribing exercises and hence the HSR protocol (2) is more suited to this cohort. 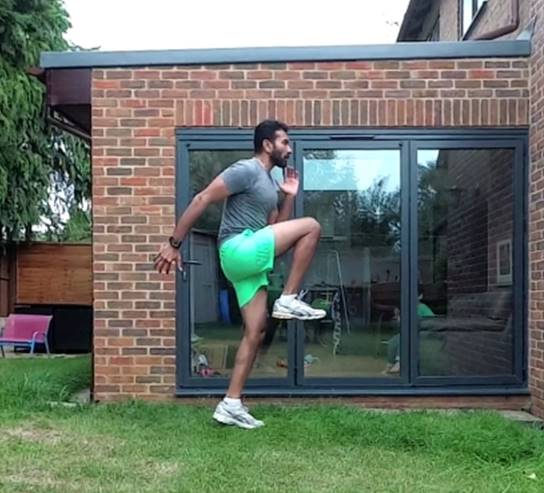 when running. If we stick with the example of the Achilles tendon, the amount of load on it when running has been quantified to be equivalent to 8 times body weight (12 &13). But ECC loading and HSR program only load the tendon to  3-3.5 times body weight (14). It is therefore not hard to see that despite completing one of the aforementioned protocols a runner has not really prepared their Achilles tendon to the kinds of load that it needs to withstand when it comes to then returning to running or in fact when increasing the running volume. Silbernagel’s progressive approach described in 2007 also encapsulates the importance of increasing the load on a tendon gradually (11). More recent work by Sancho does highlight this further (15).

The dosage and frequency of Plyometrics can be guided by the amount of pain provoked by these exercises and by keeping post exercise pain to under 5/10 on the runners NRS (11). The number of plyometric exercises also needs to be progressively increased on a weekly basis. For example, 3 x 30 reps of double leg jumps on the spot can be performed 3 times in the first week. During week 2, another jump (example: side to side) could be added in similar numbers (3 x 30 reps) to the double leg jumps on the spot. The program used in the feasibility study by Sancho et al is a good one to follow for this (15). 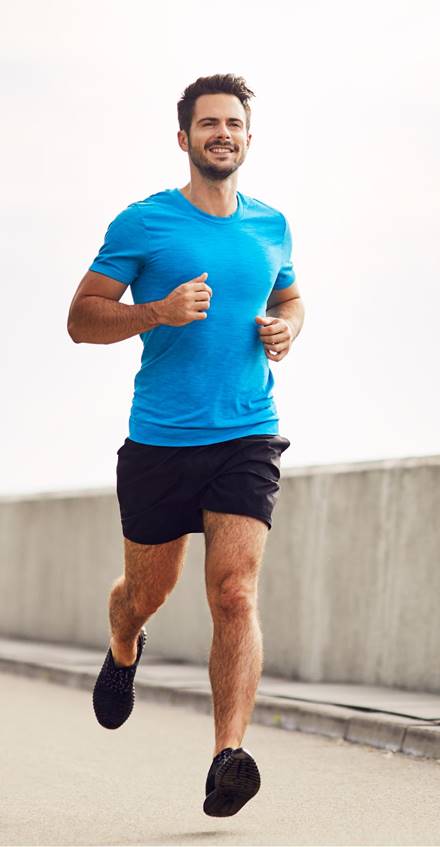 Go – if you haven’t already!

Those of us who treat runners regularly will accept that it is hard to keep a runner from running. When it comes to tendon rehab, dare I say that the runner can continue to run whilst engaged in the rehab process as long as the pain levels are reasonably well managed during and after running. Due to high levels of Stretch-shortening cycle load during running it would make sense to increase volume as gradually as possible. It may even make sense to delay any speed work as this type of load has been reported to increase the chances of ankle and foot related injuries (17). One other point that I feel is important to make in this context is when it comes to managing running 2-3 times per week and exercises (HSR & Plyometrics) it may be better to complete the run and follow it up with exercises during the same session (immediately after the run). This would then allow for a 48 hour rest period which would aid adequate recovery, before loading the tendon again. Based on the collagen resynthesise curve, from Magnusson’s work in 2010 this would be a safe bet (16). Should running and exercises be performed on alternate days then the shortened recovery time may not allow enough time for collagen resynthesise to occur. This may in turn lead to poorly managed pain and ultimately, failure to rehabilitate.

So there we have it!

Load – decipher the appropriate level and amount of load that is required in the individual & progress as pain allows.
Skip – incorporate Plyometric drills at the appropriate phase of rehab
Go – progressively increase the running load to allow tissues time to cumulatively adapt to the load!